We are proud to announce that we are supporting several up-and-coming British rally drivers this year in our brand new Hyundai Power Products Motorsport Academy 2022.

We’re excited to report how our Hyundai Power Products Motorsport Academy drivers have performed in their recent rallies. We'll be posting all of our team's updates here so keep your eyes peeled!

For every rally our drivers enter, we also plant 5,000 trees as part of the Hyundai Power Products Tree Planting Scheme.

Please select from the press releases below to view our Hyundai Power Products Rally Team's most recent and up-to-date news:

23-year-old James, along with his experienced co-driver Dai Roberts, are in their first season together taking part in the top-flight of Britain’s premier rally championship using the four-wheel-drive, turbocharged Hyundai i20 R5.

During the opening round of the British Rally Championship event - which took place in Clacton, Essex in April - the Hyundai Power Products Rally Team were amongst the front-runners, with James recording his first fastest stage time and earning an impressive third place overall.

The second round of the British Rally Championship – the legendary Jim Clark Rally - is taking place on Friday, 27th and Saturday 28th May 2022 in Scotland. Named after the double Formula One Champion, the Jim Clark Rally utilises the iconic, fast and flowing asphalt roads around the town of Duns in Berwickshire.

With the rally returning to the BRC calendar after an eight year hiatus, Williams will be wanting to use the new event leveller to his advantage against his rivals, across the two-day, 75-mile event.

“I am still incredibly proud of what we achieved on the opening round considering our seat time in the car and experience at this level,” said Williams. “What was important to Dai [Roberts] and I was the ability to mix times with drivers who have been fighting for titles over the past five years or more.

“The Monday after Clacton, the planning and preparation started again and we have worked on the car a bit more to tweak it to my liking. Continuing on the Tarmac is a big confidence boost to me and I can’t wait to get stuck into the fabled stages on the Jim Clark [Rally]. A podium has to be the expectation again - it just has to be - I would be disappointed if we weren’t in the hunt for one again, but I know the competition is going to be tough for this one. I will keep pushing and keep the morale high in the team as we keep fighting for further podiums and that first victory." 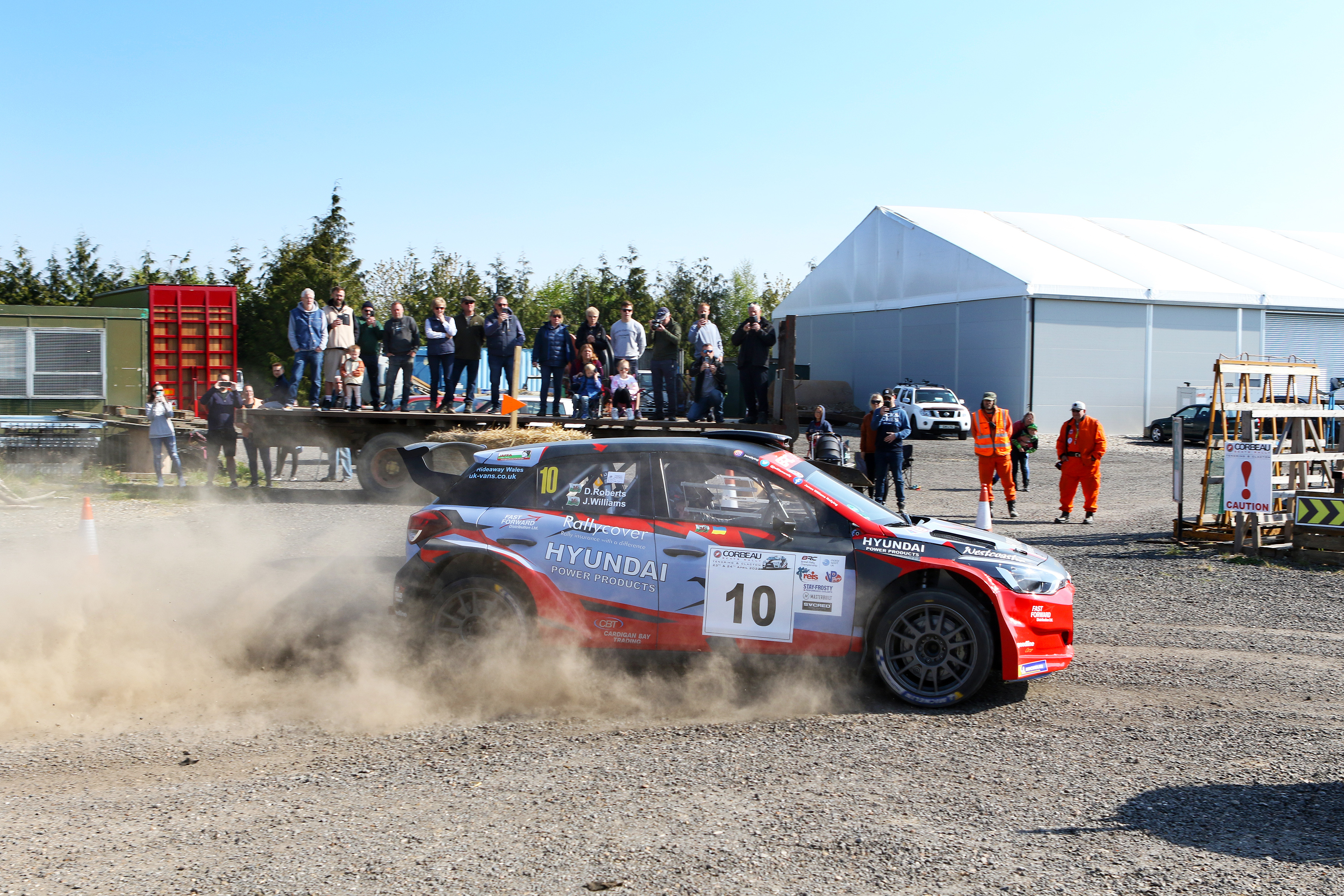 Welsh rally driver James Williams enjoyed one of his most successful events in his rallying career to date as he achieved a double podium for the Hyundai Power Products Rally Team at the Jim Clark Rally in Scotland.

Williams, along with co-driver Dai Roberts, drove faultlessly over the two-day event around the town of Duns in southern Scotland. The pair came second in the British Rally Championship category and first overall in the Motorsport UK National Asphalt Championship – having registered for both series.

24-year-old Williams came off the back of a strong BRC season opener – claiming third overall in Clacton, Essex at the wheel of his Hyundai i20 R5 rally car. Confident of a good result, the Newcastle Emlyn-based driver was eager to fight for another British Championship podium and a top-step in the National Asphalt series.

On the opening night, two stages equating to over 23-miles was the first challenge of the event. Recording two third fastest stage times, his smooth and consistent approach saw him slot into second overall at the overnight halt – 40.6 seconds behind the rally leader, four-time BRC champion Keith Cronin.

On the final day – the young British driver in his four-wheel-drive, turbocharged Hyundai had the bit between his teeth as he was given a joint fastest stage time with three other crews, as they all cleared the average speed ‘bogey time’ set by the organisers. This sadly denied Williams and Roberts a chance of denting the deficit to Cronin.

Eager to show his pace, Williams on the following special stage would finish the 6.28-mile stage just 0.5 seconds behind the rally leader. The roles reversed on Stage 5 – with Williams ahead of Cronin by half a second – matching the times of the sealed-surface specialist coming into the lunchtime service halt.

Stage 6 and 9 were cancelled – which meant two stages stood between James’ best ever rally result. However, it wasn’t all going to be plain sailing in the Hyundai. SS7 saw the Welsh crew suffer power problems, which dropped them into the clutches of the third placed crew.

Ahead of the last stage, James and Dai checked everything on the car in the hope of giving them the best possible chance of fighting for their best ever career result. Whatever the problem was, it solved itself as the crew flew through the final 8.75 miles of the event, entertaining the thousands of spectators lining the route in the process. The spirited run netted them the fastest stage time – enabling them to secure second in the British Rally Championship and sealing top National Asphalt points scorer in the process.

“We are over the moon with that one,” enthused Williams. “The event was all about trying to drive within ourselves and keep it consistent – but my heart was in my mouth in the last stage. We had lost all turbo boost in the one before, so we had to really wring the neck of the car and empty the tank to stay in the front of the guys chasing us. Terrifying, but I really enjoyed having to fight and show our speed on this event.

“I want to say a big thanks to everyone who made this happen. I always drive with a lot of passion and emotion – with my heart on my sleeve every time I get in the car. We really enjoyed these roads, they were a real challenge and to come here fighting for victories and achieving two podiums in two championships is incredible, and it’s where we want to continually be.

The British Rally Championship heads to Wales for James Williams and Dai Roberts as the third round of the series will be held at the Nicky Grist Stages in Builth Wells. Britain’s premier rallying series takes a tantalising twist, as the series moves from the smooth asphalt roads to forestry gravel tracks on Saturday 9 July. With the benefit of being on the familiar Welsh stages, the Hyundai Power Products Rally Team will be gunning for a strong result on home soil. 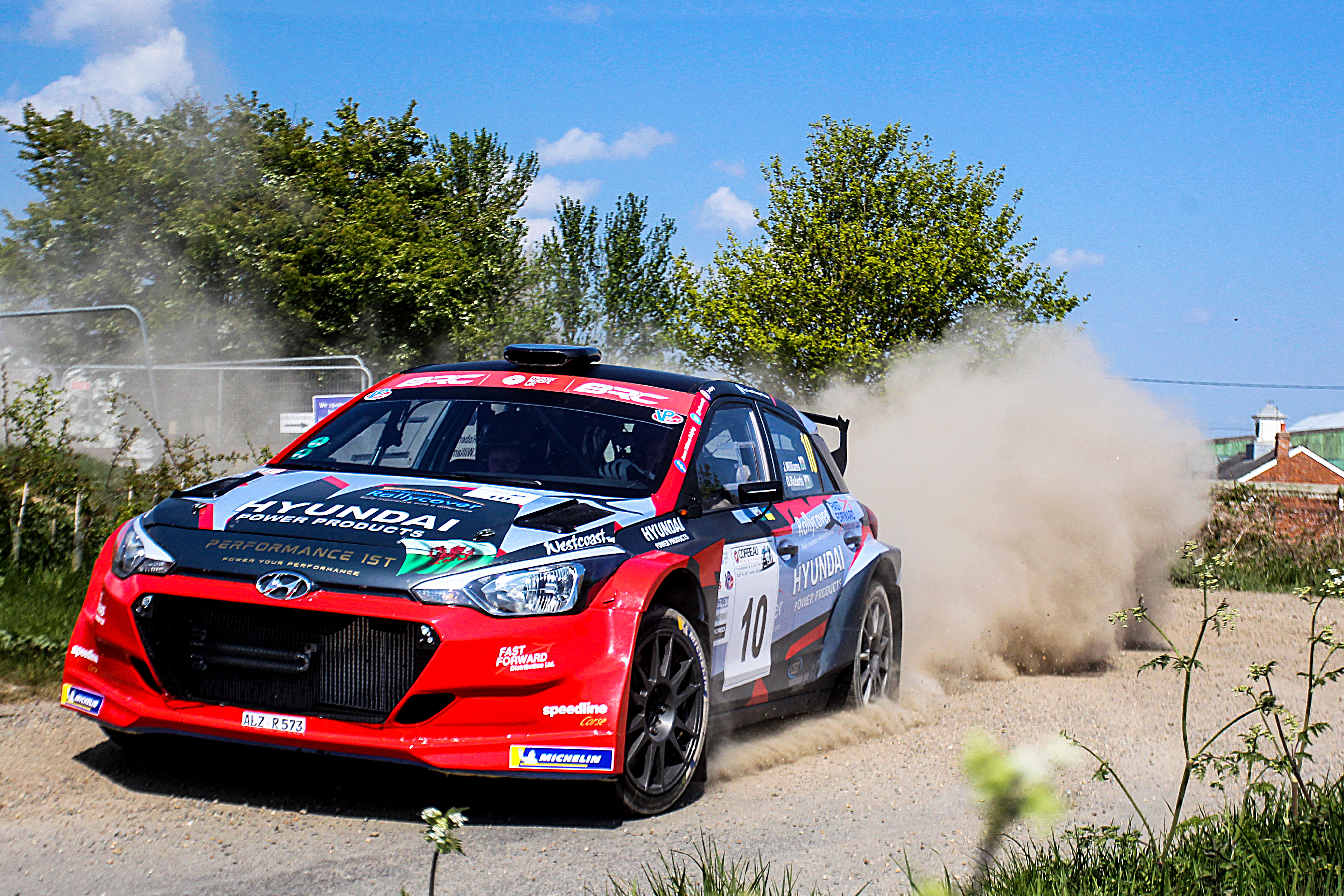 24-year-old British Rally driver James Williams continued his podium-setting ways by winning the RX150 class in the 5 Nations British Rallycross Championship at Mondello Park in Ireland on the weekend of 4-5 June.

Following a stunning second overall in the Jim Clark Rally, Welshman James Williams was invited to try his hand at another Motorsport UK discipline, as the organisers of the British Rallycross Championship offered up a RX150 Buggy for the young British driver to have a go in.

Rallycross was to be a completely new discipline for Williams to try his hand at and, along with getting to grips with his motorbike-powered rocketship, James had to get accustomed to racing wheel-to-wheel with his fellow drivers on a half-asphalt, half-dirt circuit.

The opening day saw a series of timed qualifying races, with the focus on recording the fastest times throughout the heats in order to secure a better position in the grand final.

Williams got off to a blistering start, snatching the lead of the Q1 race on the opening lap. Keeping his head down, the Newcastle Emlyn-based driver took an opening race win to get his BRX campaign off to a strong start.

However in Q2, James quickly found out how tough Rallycross can be. A stall off the start line dropped him down to the back of the pack. Now, trying to pick his passes, a fellow competitor gave him a small nudge, which spun the British Rally driver around on the slippery, wet surface. Brushing himself off, James couldn’t find a way past his rivals, finishing in sixth.

Starting where you finish in the previous heat, the BRC star had to get his elbows out – something the Welshman isn’t used to doing in rallying. A strong start off the line put Williams right into the mix, making up two positions into the first corner. In Rallycross you have to be clinical with your passing, or use the tactical ‘Joker Lap’ which every driver must take once during the race to make an overcut. Patience and punching in fastest lap times enabled Williams to leapfrog the third placed driver as he come out of the ‘Joker’ on the final lap.

The final for the RX150 buggies was to be a tantalising prospect. Sitting in his front-row grid slot, the start and commitment into the first corner was going to be vital for a strong showing in the final race of the day. A scorching start from the Hyundai Power Products driver enabled him to get into the first corner first and, with some late braking, enabled him to swoop into the lead. Now out front, Williams had clear road and clear visibility as he chalked up the laps, setting rapid lap times, just a second off the top flight Super Cars in another class. With time on his side, James, carefully threaded his buggy through the ‘Joker’ on the final lap to seal his first rallycross final victory at his first attempt.

“I had an absolute blast at the weekend,” said an enthusiastic Williams. “I have been involved in Rallycross previously, running cars for other drivers, but I have never had a chance of giving it a go, but now I am kind of hooked!

“It’s completely unlike anything I have done previously as they are really wild, need a lot of commitment and patience – all at the same time. I loved giving the racing side of things a try and that was another challenge, but with some good drivers around you in these things, it’s a lot of fun. I actually almost didn’t take my Joker! I was enjoying myself so much I almost forgot. Thankfully I remembered – otherwise we wouldn’t have won!

“I want to say a big thank you to Ollie ‘O Donovan, the RX150 Team, Rockland and the British Rallycross Championship for having me. If there is another invite to get behind the wheel again, I am grabbing it with both hands.” 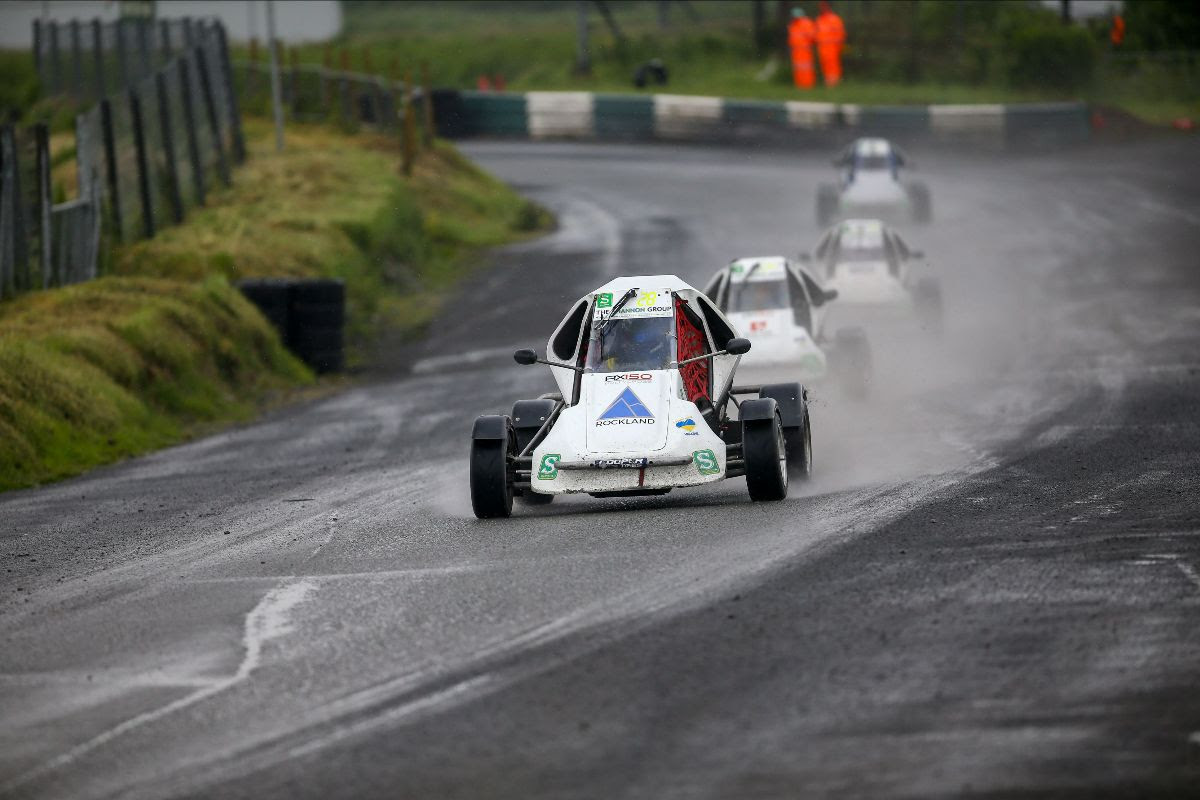